Washington — Ben Crump, the civil rights attorney who represents the family of George Floyd, urged President Biden to make police reform a priority of his administration, saying the issue could become a defining part of his legacy.

Crump spoke as prosecutors in Minneapolis prepare to move forward with the trial of Derek Chauvin, the police officer charged in the death of Floyd last summer. Floyd died after Chauvin held his knee to his neck for more than eight minutes, and his death sparked weeks of protests in Minneapolis and across the country.

Chauvin faces charges of manslaughter and murder at trial, which Crump said is set to begin as scheduled with jury selection on Monday, despite a last-minute court order regarding one of the charges. “George Floyd’s family, as the victims who I represent, have been informed that they have every intention of the trial going forward,” Crump said.

Crump pointed out that Mr. Biden and Vice President Kamala Harris spoke during the presidential campaign with Floyd’s family, as well as the families of Jacob Blake and Breonna Taylor, and urged Mr. Biden to remember those conversations now that he’s in the White House.

“They were sincere in saying they believe we need to have police reform, we need systematic change and reform in policing,” said Crump. “This would be something that he could deliver that will be a permanent brand for his legacy, that he did not forget those Black people who he talked to on the campaign trail once ascended to the leader of the free world.”

The prominent civil rights attorney noted that Mr. Biden enjoyed overwhelming support from African Americans who “voted in these cities like Atlanta and Milwaukee and Detroit with George Floyd and Breonna on their mind,” helping to deliver Mr. Biden the presidency.

During the presidential campaign, Mr. Biden vowed to create a police oversight board within his first 100 days in office, and said he supported “conditioning federal aid to police based on whether or not they meet certain basic standards of decency and honorableness.” He angered many on the left for his opposition to “defunding the police,” instead stressing the need for better training and community engagement.

Last week, the House passed the George Floyd Justice in Policing Act, which would ban chokeholds, no-knock warrants and reform qualified immunity, the legal doctrine that shields police from civil liability for official conduct. Mr. Biden hailed the bill’s passage, but it appears likely to stall in the Senate, where it would need the support of 10 Republicans to advance.

Crump said qualified immunity is one area where advocates for reform must press their case.

“We understand that politics is the art of compromise because we want to make progress. However, [qualified immunity] has to be addressed, because this is the thing that allows bad police officers to engage in reprehensible conduct like we saw with George Floyd and countless, I mean, hundreds of Black people being killed,” he said. “And it shields their behavior.”

Crump said reforming qualified immunity would preserve due process for police officers while allowing “those who have been harmed to have access to court, and to be able to make sure we change the toxic nature that some of us feel happens in policing.”

“How can a lawyer pre-judge the end result of case?” Supreme Courtroom initiates suo motu case in opposition to lawyer for skilled misconduct 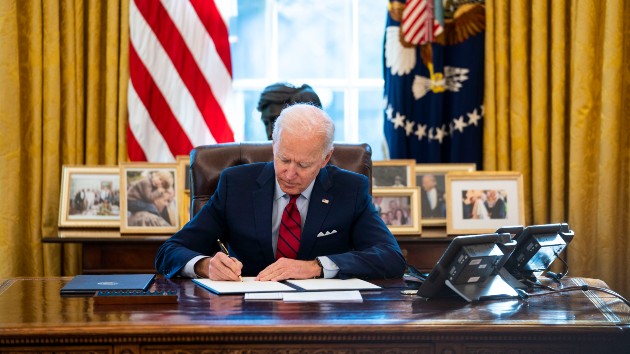