The state’s bail reform law has emerged as a central issue in the race between Democrat Todd Kaminsky and Republican Anne Donnelly to become the next Nassau County district attorney.

Kaminsky and Donnelly are touting their records of fighting crime, as they seek to portray themselves the candidate best qualified to protect public safety.

Donnelly, 57, of Garden City, has been a prosecutor in the Nassau district attorney’s office for 32 years.

Donnelly, who is endorsed by unions representing Nassau County police, correction officers and detectives, has criticized Kaminsky and majority Democrats in the state Legislature for passing the bail reform legislation in 2019.

She opposes several elements of the law and portrays Kaminsky as one of the authors of the legislation.

Her campaign says elimination of cash bail under the legislation has led to a rise in crime, but offers no data to support the assertion.

From breaking news to special features and documentaries, the NewsdayTV team is covering the issues that matter to you.

Kaminsky, who is backed by unions representing New York State Troopers and the Long Beach City police, sat on the legislative committee that reported the bail bill to the full Senate.

Bail reform was part of the state budget, which Kaminsky voted for in 2019.

He said that subsequently, he led the drive for successful amendments to the original bill, including restoration of judges’ powers to decide whether defendants should be held in custody because they pose a risk to public safety.

“My only role in the legislative process was to use my law enforcement expertise to fight others in my own party to try to make the law more reasonable and to try to give judges more discretion,” Kaminsky told Newsday.

Kaminsky and Donnelly are running to replace former District Attorney Madeline Singas, a Democrat who resigned this year to become an associate judge on the State Court of Appeals.

The winner of the Nov. 2 election will serve out the remainder of Singas’ term, which ends in 2023.

Acting District Attorney Joyce Smith has been running the office since June.

She had spent the previous 12 years as Acting Chief of the Public Corruption Bureau and Deputy Chief of the Economic Crimes Bureau.

Donnelly says, if elected, she will work with law enforcement to develop strategies to stop what she calls the revolving door that has strained courts due to the “cashless bail” law.

Donnelly says another major priority is addressing opioid addiction and the gangs that bring drugs into Nassau County. She also vows to dedicate more resources to anti-drug education and treatment.

In addition, Donnelly says she would work to update and bolster the district attorney’s Technology Crimes Unit, so it can deal with the growing number of email, text and phone-based crimes.

Kaminsky first was elected to the state Senate in a special election in 2016.

In his district attorney election bid, Kaminsky is highlighting his law enforcement credentials as a prosecutor for six years in the U.S. Attorney’s Office for the Eastern District of New York.

Grimm pleaded guilty to a federal tax fraud charge in 2014.

Kaminsky is attempting to highlight the public corruption issue in the district attorney campaign.

At a news conference, Kaminsky urged Donnelly to join him in calling for Carman’s firing, “and prosecution should commence.”

Donnelly responded by saying she would, “have a zero-tolerance policy for corruption,” if elected.

But state bail reform has sparked some of the sharpest exchanges in the Nassau district attorney campaign so far.

The bail reform law eliminated cash bail for most misdemeanors and nonviolent crimes.

Donnelly argues the cash bail provisions are threatening public safety, and that judges should be the ones to consider the consequences of releasing defendants, even some charged with nonviolent felonies.

“There’s no need for a low level, youth offender who made a mistake to be held,” in jail, Donnelly said. “It’s important that we don’t just say, ‘everybody goes to jail.’”

“But do we have to wait for someone to die before a dangerous person is sent to jail?” she asked.

DAI President John Wighaus said Donnelly has “stood shoulder-to-shoulder with us on the ground,” and said the impact of bail reform is among the top issues for his members.

“The drug dealers who are selling these drugs in our communities are being released only to be able to sell again in our same communities,” Wighaus said.

Tony Jordan, President of the District Attorneys Association of New York, said prosecutors still are advocating for changes to the bail law.

He said 2020 amendments pushed by Kaminsky, “did not fundamentally change” what his group believes is wrong with the law.

He said his organization advocates for authority for judges to hold defendants based purely on their possible threat to public safety.

Kaminsky accuses Donnelly of “lying” in asserting that he wrote the bail reform law.

“Lying should be a disqualifying trait for any attorney let alone someone who wants to be the District Attorney,” Kaminsky told Newsday.

But he said he would like to make further changes to the bail reform law so that defendants are evaluated for release or detention based on their risk to public safety, but without consideration of their ability to post cash bail.

State and Nassau County Democratic Chairman Jay Jacobs said “voters will be getting mail and seeing digital ads and ads on television that refute and rebut these lies,” by Donnelly and other Republicans about Kaminsky.

But Hofstra University associate professor Craig Burnett expressed skepticism that the bail reform issue would have a major influence on voters in the November election.

Burnett noted that bail reform hadn’t been discussed in the public forum for more than a year.”

“I’m not convinced this would be the issue that would bring me over the finish line,” he said.

Candice Ferrette covers Nassau County government and politics on Long Island. She has been a reporter at Newsday since 2011. 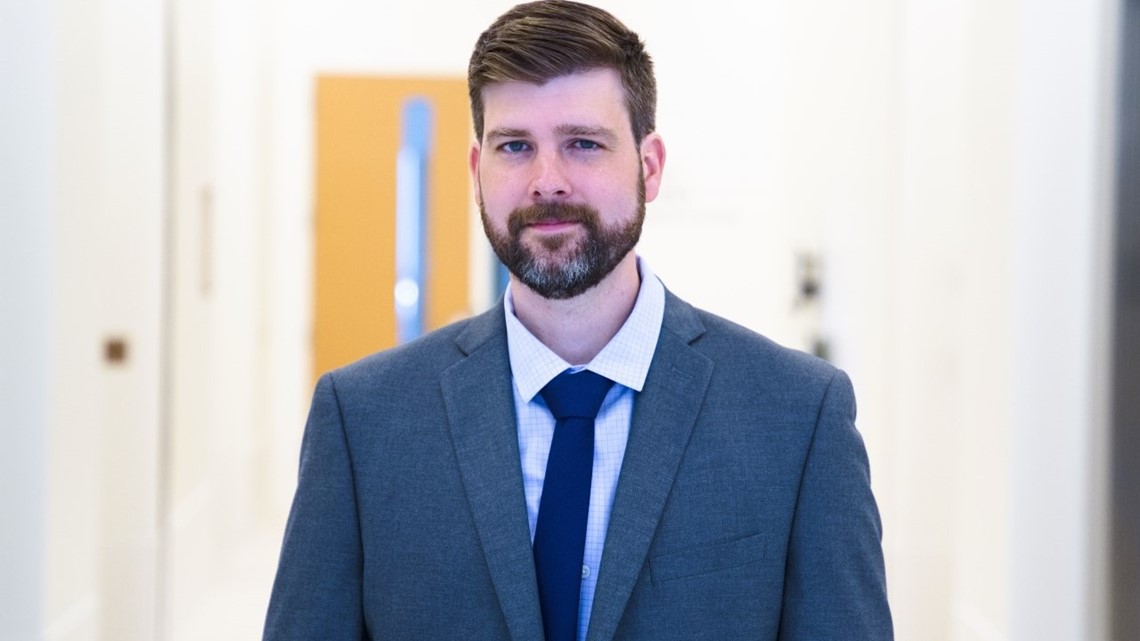