Durban – From his hospital bed, lawyer Siven Samuels often reassured his family via video and telephone calls that he would overcome Covid-19.

But the 61-year-old Chatsworth resident succumbed to Covid-19 on Friday.

“He was positive that he was going to overcome this,” said his daughter, Tymara Ketusha Samuel.

“My father was always a positive person and until the very end, he maintained that strength and positivity. We had daily video and telephone calls. He always smiled, told jokes and even when we were concerned about his health he pacified and reassured us that he would be okay.

“My dad had an unbelievable strength and no one expected him to pass on so soon. Even a few hours before he died, he said he was okay. He was an extraordinary man, who had a pure heart and an unwavering dedication to help people.”

She said prior to contracting the virus, the family had often played board games, including 30 Seconds, as well as Thunee and poker.

“He often told us that as soon as he recovered, we must have a game night and that he would braai his famous leg of lamb for us. No one could braai a leg of lamb better than him.”

Tymara said her family had received thousands of messages of condolences via Facebook, WhatsApp and calls.

“We are grateful to all who have reached out and shared tributes, stories and photos on Facebook of our dad, in honour of his life. The work and help he has provided for the community is irreplaceable, but his work, legacy and spirit will live on in all of our lives. We have seen how devastated people are by his loss.”

The ANC said Samuels was a distinguished cadre of the revolutionary movement.

“From his early student days at the then University of Durban-Westville, he displayed an unwavering commitment to community and human rights struggles. On the buses to and from the university, he would distribute pamphlets from our underground structures and address students about pertinent issues.

“He came from a poor background and had a powerful commitment to social justice. He followed up his initial qualifications as a lawyer with advanced studies at the Stanford University Law School in the US.

“In Chatsworth, he was instrumental in working with other comrades to set up structures of the ANC in the township after the unbanning of our movement in 1990. He was always among the local leadership who received Cde Madiba and provided wise counsel on building non-racialism and unity.

“On President Cyril Ramaphosa’s last visit to Chatsworth, Cde Siven was on the organising committee. His lasting legacy is his mentorship of young people in the legal profession who will no doubt, continue his activist work.”

He was cremated at Clare Estate Crematorium on Sunday. 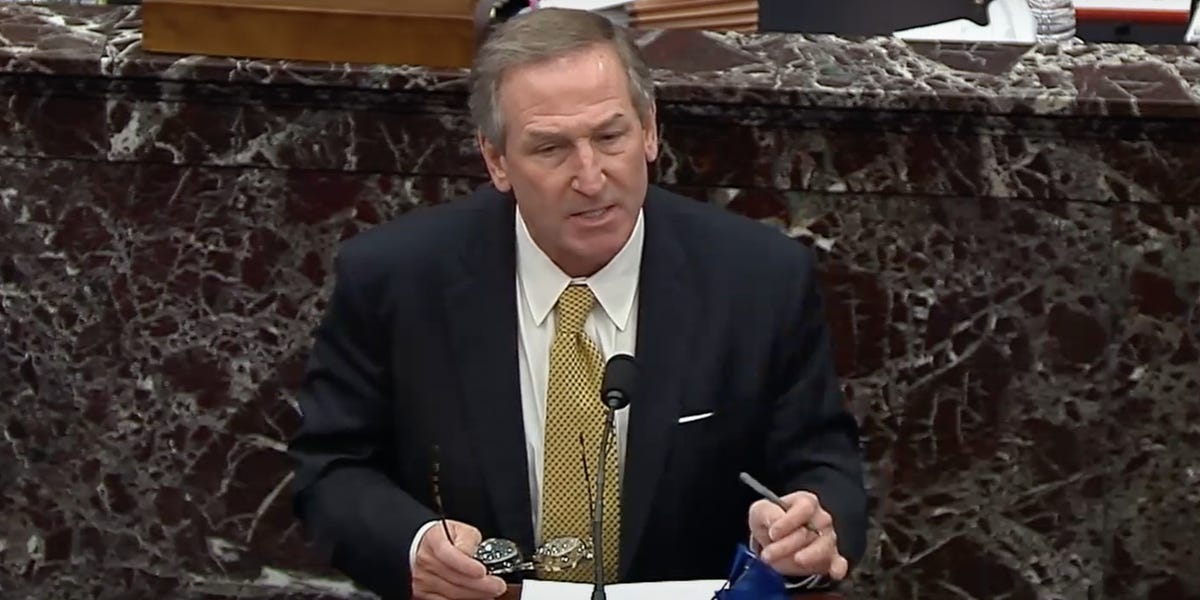 Trump impeachment lawyer accuses journalist of being ‘bloodthirsty for scores,’ then walks out of TV interview